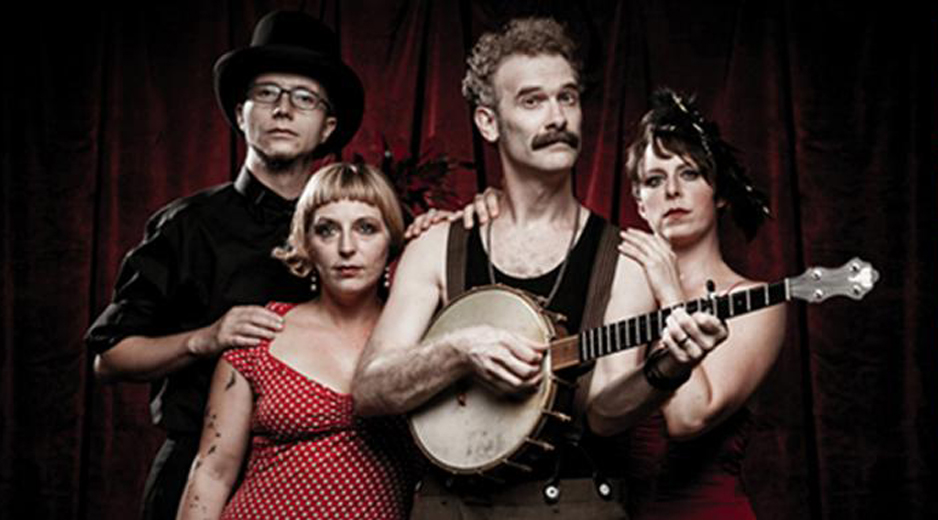 The Big Boulder Rolls On will be bringing Curtis Eller and his American Circus to Heeley on Saturday, April 5th as part of a nation-wide tour also passing through London, Bristol and Manchester.

The New York-based banjo playing yodeller is touring the UK with both American and British musicians for the first time, and will be performing songs from his latest album ‘How to make it in Hollywood’.

Curtis will be supported by Sieben, the sound-layering alter-ego of Sheffield-based musician, composer and teacher Matt Howden.

“Curtis has recorded a fantastic album – a savagely lyrical, surreal chronicle of some of the darker, more obscure moments in American history which finds him taking a full-throttle detour into dark garage rock and classic soul music along with the oldtime sounds that made him one of New York’s most riveting live acts” New York Music Daily

“Sieben is an artist dedicated to the beauty of performance, combining experimental sound, poetic lyrics and complex technical wizardry into an hypnotic flow of originality hard to find in the music industry today” Soundsphere Magazine

Doors open 8pm, with tickets costing £10 or £8 for concessions

The Big Boulder Rolls On is a series of fundraising events for the annual Big Boulder Festival, an all day celebration of original music scheduled for Sunday 7th September 2014 in Heeley Park.