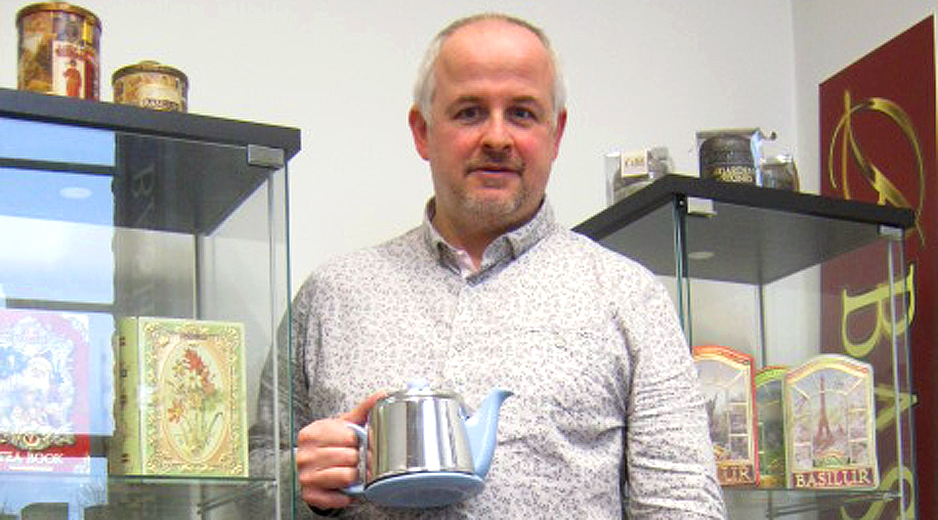 Basilur Tea currently exports premium quality tea to over 50 countries from Colombo, Sri Lanka, and has chosen Sum Studios as its UK base of operations.

“We’ve been at Sum since January” explained Office Manager Nick Brelsford.  “I used to work for Pedal Ready and heard about Sum there, so when I was told to look for office space it was right at the top of the list.  It’s a really nice place to come and work, there’s a good community feel and it doesn’t break the bank”.

Basilur creates exotic blends of tea with eclectic combinations of flavours, fruits and herbs, packing and shipping both tea bags and loose leaf tea within a few days of the harvest.

“We want to bring back some of that theatre to tea” continued Nick.  “The demand for instant tea has meant that people buy the cheapest possible product that doesn’t taste very nice – we’re trying to encourage people to spend a few extra pence and take that little bit of extra time”.

Established in 2012, Basilur Tea aims to provide an exclusive tea product, with individually designed packaging representing the differing elevations and regions from where the raw materials are sourced, including Uva, Dimbula and Nuwara Eliya, world-renowned for black tea.

“The British originally exported tea from Ceylon to other colonies” explained Nick.  “Most of the tea we drink now comes from kenya, where it’s much cheaper, but tea from Sri Lanka is recognised as the best in the world, as the climactic and soil conditions are perfect”.

“Introducing a new brand to the market takes a bit of work, and any business starting from scratch is difficult.  Basilur understands the importance of our market, which is a traditonal tea market – it’s all about trying to grow the business without getting carried away”.

“We’d rather go to farmers markets instead of supermarkets, where you’re drawn into much tougher negotiations for huge volumes of product, and while there’s a lot of footfall at the Moor Market people are not there to specifically spend money on a niche product as they would be at a one-off event”.

“People have become really educated and excited about coffee, with outlets proud of the range of brands on offer, and there’s no reason why people shouldn’t start thinking the same about tea”.