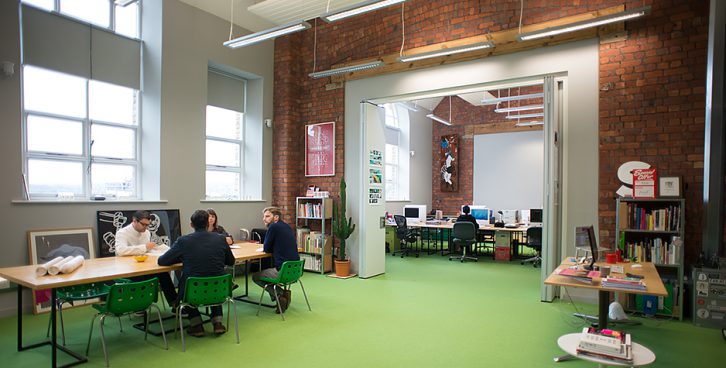 It is with sadness that we say farewell to Peter and Paul, who have now moved on to their own new studio in Kelham island. Peter & Paul (then Peter, Paul, Lee and Heather) became a key part of the Sum development in 2012 when commissioned to re-brand the building and the overall project, to amazing effect. Then they moved in as our anchor tenants and have been a fundamental part of the Sum story. We thank them and wish them well in the future. Sad that they are going but thrilled at their increasing success 👍