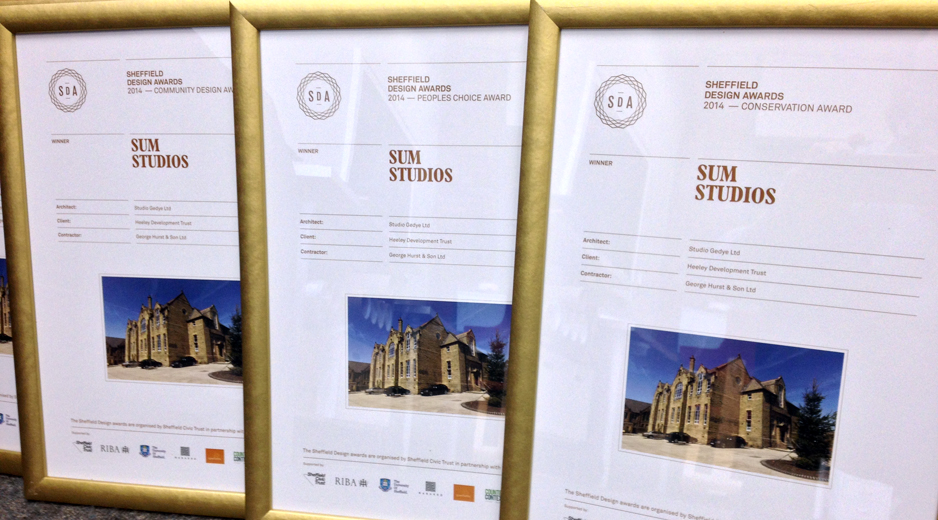 Sum Studios won a total of four awards at the 2014 Sheffield Design Awards at a ceremony at the University Arts Tower on 17th October.

The Design Awards are delivered in partnership by Sheffield Civic Trust and the Royal Institute of British Architects (RIBA) Yorkshire, and  are held every two years. The awards are open to any new project within the city’s boundary.

From a short-list of nine different new buildings and schemes across the city, the judging panel awarded Sum Studios with the Conservation Award, the Community Design Award, and a separate Sheffield Design Award. To top the night, Sum also won the prestigious Peoples Award for Best Building, which was voted for by the people of Sheffield on an on-line pole, with more votes cast than ever before.

Andy Jackson, Heeley Development Trust Manager commented ‘what a great night! We are very proud of the whole team that helped achieve this. We are thrilled for the architect Simon Gedye, the whole design team and the contractors, George Hursts & Sons, who have all been fantastic. We are especially proud of our tenants and partners, many of whom are here tonight to celebrate with us. The Sum project is about people and developing our community, so the list of awards we have won are so appropriate’.

Matthew Conduit, who manages the development added ‘this project has been a hard slog going back ten years, and we still have two more buildings to re-develop. But the success of the first building has been simply amazing. The building is beautiful, and we have already created a bustling new community of hugely supportive local businesses in our first year. These awards are a great boost as we push forwards to complete the scheme over the coming years’.

Sum Studios would like to thank all those who voted for us in the Peoples Award on-line poll, and the team that helped deliver this wonderful building: 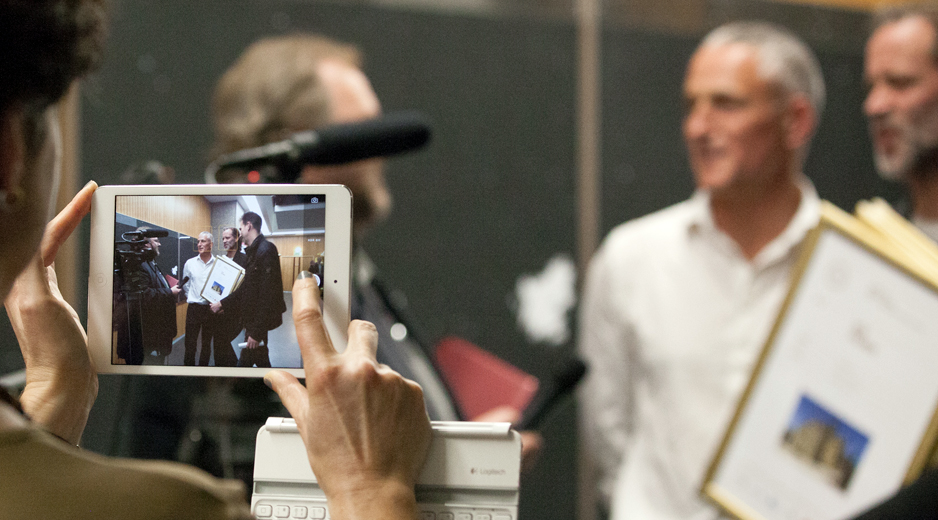 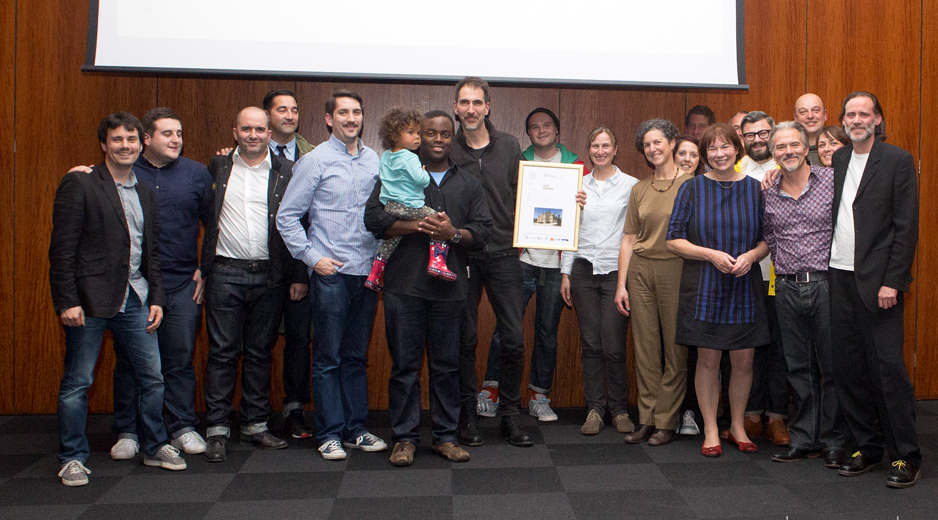 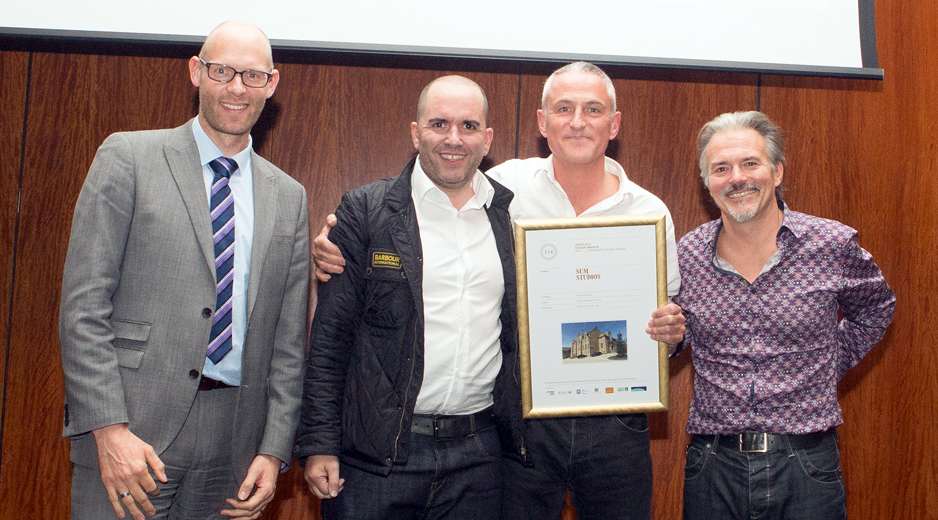 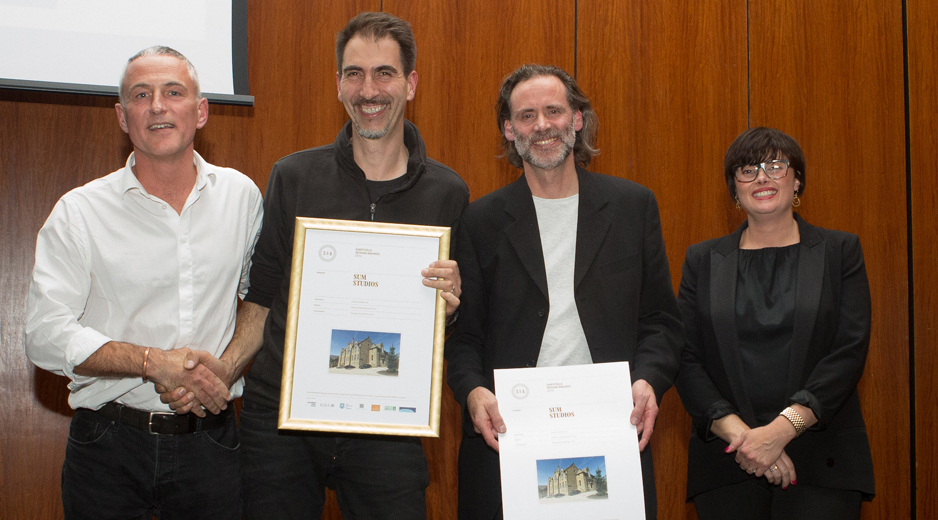 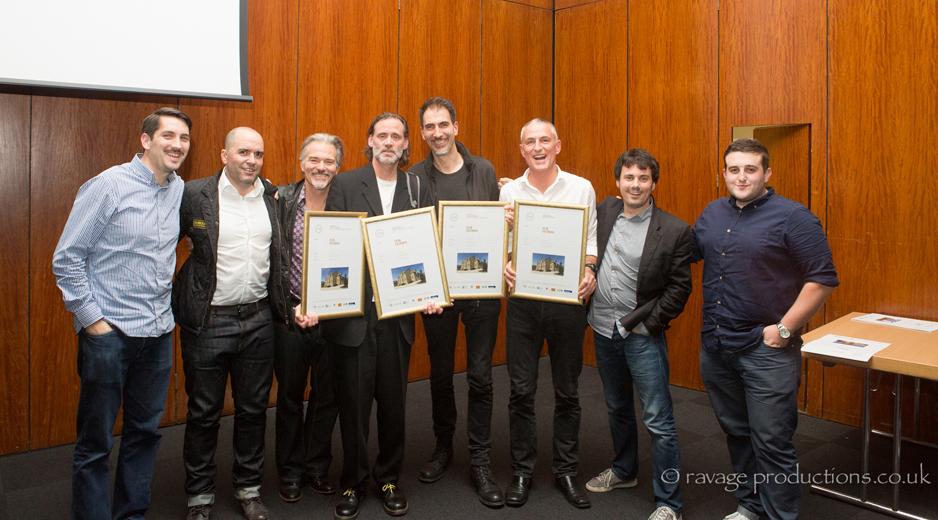 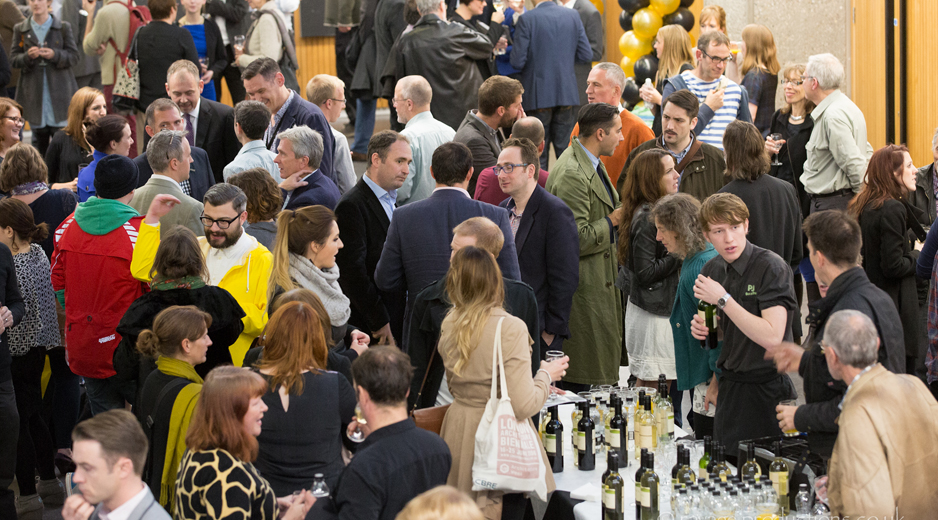